Here we have our BLOG to find what kind of services we are providing to our national and international customers. 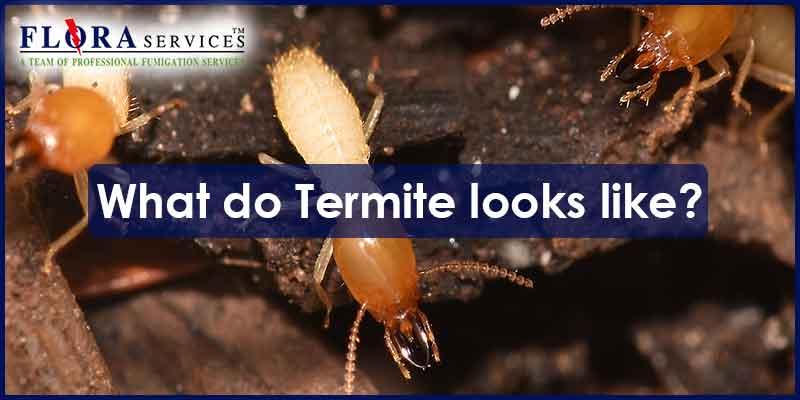 Do termites really look like ants? Termite swarmers can look like flying ants, and they are often confused. The difference between these two pests will greatly impact the type of service needed to control them in your property. Often a suspected problem with termites turns out to be a problem with carpenter ants or fire ants, because they look so similar.

Here’s how to establish the general differences in appearance and behavior between ants and termites:

Scientists have placed all the termites into 3 broad categories based on their habitat: damp wood, dry wood and subterranean. In Pakistan, damp wood and dry wood termites are not wide spread problems but can be under certain conditions. Subterranean termites on the other hand are considered one of our major urban pests.

Where they live?
Termites are found in dark, damp areas whereby they are not exposed to air. They require a source of moisture to survive. In temperate regions, they are found in dead tree stumps, dead logs, and in the soil. They are also found in dry wood structures where the termite nest has been established in the soil.

Are Termite cause of concern?
Termites cause billions of dollars in damage each year. They primarily feed on wood, but also damage paper, books, insulation, and even swimming pool liners and filtration systems. Termites can injure living trees and shrubs, but more often are a secondary invader of woody plants already in decline. While buildings may become infested at any time, termites are of particular importance when buying or selling a home. Besides the monetary impact, thousands of winged termites emerging inside one's home are an emotionally trying experience — not to mention the thought of termites silently feasting on one's largest investment.

Termite Life Cycle.
The beginning of a termite’s life is marked when the queen hatches eggs. Depending on the size of the colony, the queen can hatch between a few hundred and few thousand eggs per day. The egg stage of the termite life cycle lasts for about 30 days.

After thirty days, the eggs hatch into larvae, which are immature young termites. Unable to feed themselves, they rely on the king to feed them through his salivary glands. Mature worker ants also help to feed the larvae. The chemical messages from the king and queen determine whether these larvae are to develop into workers, soldiers or nymphs. These larvae will mold several times, before fully developing to assume their different roles.

After the king and queen, workers are arguably the most important parts of a colony. They are responsible for a wide variety of roles, including foraging, food storage, feeding the queen and defense (in certain species, although soldiers are the main ones responsible for colony defense). They are mainly the ones who digest cellulose. Most, if not all of the termites that are seen eating wood are worker termites.)

Matured worker termites are also responsible for feeding termite larvae. Workers are sterile, just as soldiers are, meaning that they are incapable of reproducing. The worker stage is terminal, meaning once termites reach the worker stage, they cannot grow any further. The lifespan of a worker termite is 1 to 2 years.

As the name implies, soldier termites are responsible for defending the colony against invaders. A very common invader are the ants, so much so that ants and termites are considered “worst enemies”, as fighting between both of them takes place very often.

The physical features of the soldier termite are designed specifically for their role of colony defense. Their red heads are a warning for other insects to stay away. Their oversized “jaws” (actually mandibles), are used for trapping their victims. Once the victim is trapped, the soldier termites emit a thick, gluey substance to immobilize their victims.

Alates, commonly known as winged reproductive, are responsible for forming new colonies. In a mature colony, thousands of nymphs are destined to become alates. They grow large and fragile wings and are able to feed themselves, until swarming season comes.

Only 1% of the alates that fly out into the open are lucky enough to survive this process. Those that do will shed their wings, pair off, and start to mate with other dealates.

If a pair of dealates comes together, and the conditions are right for them, they may form a new colony and become king and queen. The queen termite is the most important termite in the life cycle. The queen is responsible for laying eggs and hence starting the entire cycle. She is unable to feed herself, thus, the workers feed the queen. The queen can live up to 25 years. The queen, along with the queen, secret pheromones, a chemical that determines how many of their offspring develop into what castes.

The king is responsible for mating with the queen for her life. The male royalty of the colony, together with the queen, he secretes chemicals known as pheromones to determine how many of their offspring become nymphs, workers or soldiers. The king also lives up to 25 years.

What can I do to prevent Termite infestation?
The first line of defense against termite infestation occurs when a home is first built. Prior to the completion of your home, a professional pest control operator applies either a chemical barrier to the soil to block or inhibit termite access, treats the wood directly, or establishes a baiting/monitoring system around your home. Establishing a chemical barrier is known as a “termite pre-treatment”. This method does not eliminate a termite colony which may exist in the soil beneath your home. The chemicals simply block or deny access to your structure.

Direct wood treatments apply termiticides directly to the bottom third of the wood framing of your house before the insulation and drywall is installed. Baiting or monitoring systems place “stations” around the perimeter of your property. These stations must be periodically checked for termite activity. If the stations show termite feeding, a toxicant is substituted so that the termites will return to the colony (no matter where it is located) and distribute the termiticide to other colony members.

Annual Inspections In older homes for termites are a must. A trained company representative will inspect your house for signs of infestation and potential problem areas. However, these inspections may not discover termites when they first infest. Termites do their damage behind closed walls. They may cause damage for several years before you discover them when remodeling or when they swarm in the spring or fall.

Homeowner Maintenance Question your pest control inspector about what maintenance steps you can take to deter the pests from infesting your home. Modifications and repairs can correct construction faults and assist in termite control. If you don’t repair a leaking pipe or foundation crack you may be inviting termites into your home. Pretreatments and re treatments for termites are ineffective when construction methods and/or moisture sources disrupt or break down the chemical barriers. Additionally, if maintenance problems are not corrected, treatments of any kind may not prevent re infestation.